Do you believe in love before first sight?

As the internet took off, and more and more offices started letting their employees access it for their work, the more controlling of managers started to worry. How would they ever be able to keep their employees from going to 'illicit websites,' or spending all their time monitoring their Fantasy Football leagues? Especially in a workplace like a newsroom, where they can't effectively implement a web filter. So what is a company to do? 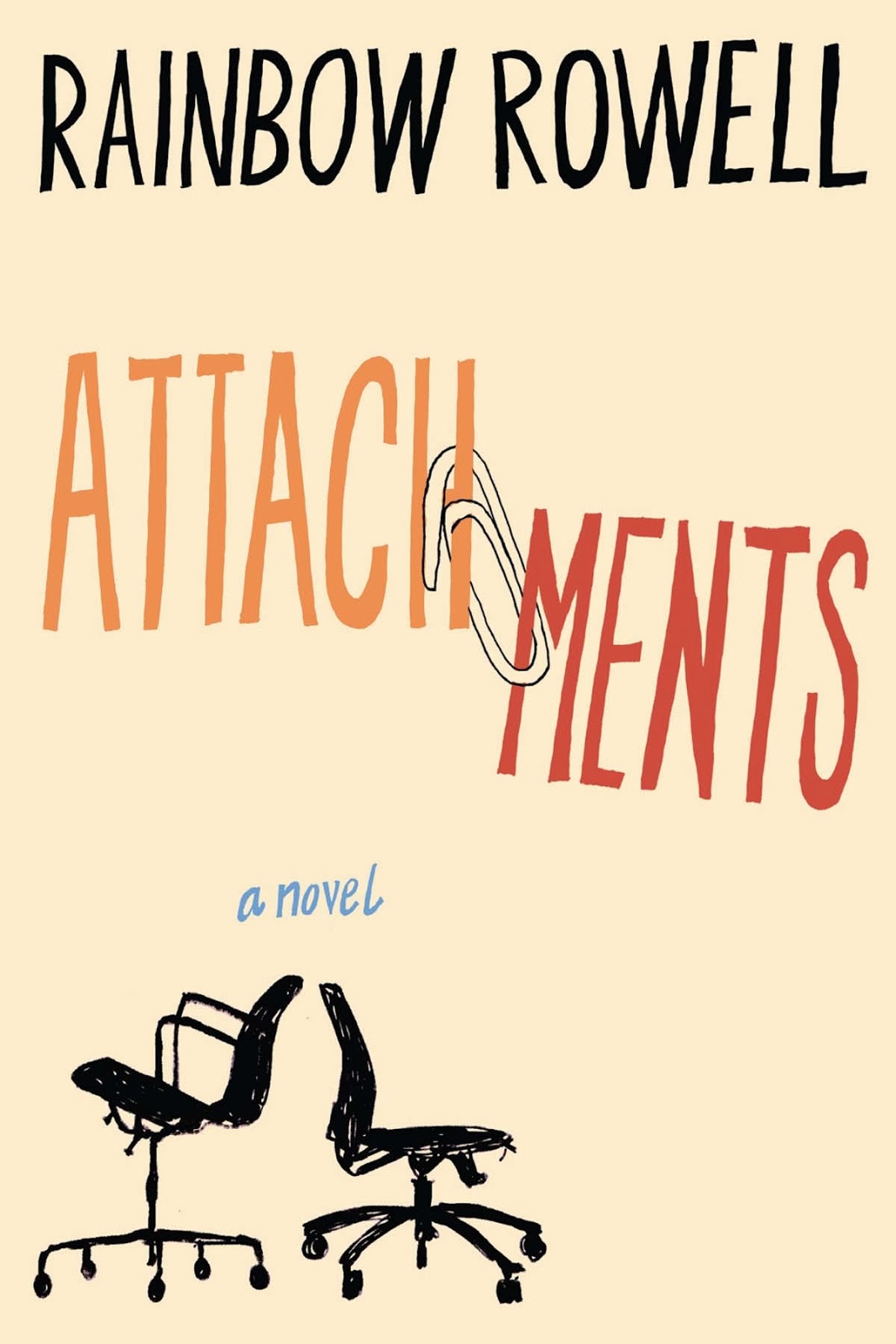 In Rainbow Rowell's Attachments, Lincoln O'Neill is the first line of defense against internet abuse for the newspaper he works for. Working overnights, he goes through a folder of all the emails that their security system flags as 'inappropriate' and decides whether to send a warning letter to the offender. Hardly what he expected when he signed up for a job in IT Security, but it pays well and isn't exactly a demanding job.

In between raunchy forwarded jokes and gossip about peoples' weekend plans, he stumbles upon the conversation chains between Beth Fremont and Jennifer Scribner-Snyder. Best friends and coworkers, Beth and Jennifer spend their afternoons at work gossiping about their lives via email. Beth is in a relationship that is stagnating with a guy who refuses to grow up, while Jennifer's husband keeps hinting about how cool babies are. Their personal lives play out via email, and every night Lincoln finds the latest installment in his flagged email folder.

By the time he remembers that he really ought to warn them about using the company email for personal use, it's far too late to send them a warning. He doesn't really want to anyway; these emails are the highlight of his night. He hasn't exactly been getting out much; he's moved back in with his mother after his latest round of university classes and his love life, as it were, stalled out the first year after high school. His sister means well, trying to get him to move out, join a gym, meet new people, but that's made even harder when you work nights.

Whether she's writing about teens or adults, current day or the long-ago 1980s, Rainbow Rowell shows her understanding of people in a way that is hard to find. Through their highs and lows, Beth and Jennifer have a friendship that is special, and yet exactly what one would expect. They get wrapped up in their own lives and feel terrible when they forget to check in on the other. Lincoln loves his mother, and doesn't want to leave her in the house by herself, but part of him still wants to go off on his own. And everyone clings to the status quo, even when stepping out into the unknown might pay off in spades.

Highs: Seeing a chick-lit style book with a male main character is a rather interesting twist.

Lows: A few parts dragged, and perhaps Lincoln should have listened to his sister sooner, but that's minor.

Verdict: A must-read, especially for the older fans of her YA books.

Further Reading: Eleanor and Park, 'My Sister's Song', Landline
Posted by ebooksgirl at 9:00 AM