As people slowly disappear, does anyone else notice?

Standalone short stories can be difficult to read.  Oftentimes, just as a story begins to pick up and engage the reader, the story comes to a quick, and sometimes abrupt conclusion. 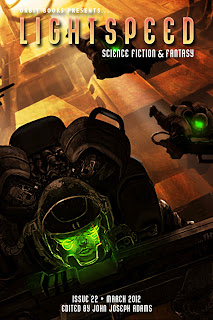 'The Day They Came' by Kali Wallace does an admirable job at avoiding this downfall, and nearly succeeds.  The story begins after an occupation by some group of extraterrestrials.  They appear the same day that his father dies of old age and a protracted illness.  Beyond this, the day was perfectly normal.  He went to work at the grocery store, just a bit late in arriving.  He eats his lunch.  A family with many children came in and they misplaced one of the younger children.

After they came, life seems to be put on hold.  The man on the TV admonishes everyone to stay in their five mile radius, tells of the ration distribution centers, reminds them of the new rules.

But people keep disappearing.  First the narrator's closest neighbor.  Each week, another child from the large family at the grocery store fails to show up for rations.  Eventually, the last house light visible from his porch fails to come on at dusk.

The kids who come to the ration distribution talk of things that are different now.  The creeks have near-invisible snakes that are impossible to catch.  Patches of the forest are dying out.  There are shadows, slinking along the ground, just out of view.  The water tastes slimy and off.  The other adults don't mention this, though, if they even notice it.

The stoy is told in the 2nd person, which at times makes the story awkward to read.  The characters, including the narrator, never do quite what would make sense in the situation.  Enough of the occupation is left out that the story flirts with the line between mysterious and being frustrating.

But all that aside, Wallace does an admirable job setting up the town and its inhabitants for the story.  Enough care is put into the descriptions of their lives and the town that I truly want to know what kind of invasion they're facing and what has been happening to the people as they vanish.

Available for free on the Lightspeed Magazine website, 'The Day They Came' is a well-crafted story that simply leaves the reader with too many unanswered questions.

Highs:  The imagery of waiting for that last light to turn on

Lows:  An ending that meant for the reader to wonder what happened, but just frustrates instead

Verdict:  More of a setup than a story, but a well crafted piece of work besides that

Further Reading:  For Want of a Nail, Spirit in the Wires

Posted by ebooksgirl at 9:00 AM