A final test before graduating

In traditional video game fashion, Ran steals the sword and rescues the princess in this short story intro to the Shadow Warrior world, "The Sorcerer of Daigawa." 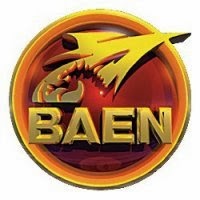 Ran is about to graduate from his training as a Shinobujin, or shadow warrior. Before he can be considered a full warrior, however, he must complete a mission assigned to him, to show that he can apply what he has learned.

So this is how we join Ran, waiting outside a castle that he's been casing for at least two weeks, planning his next move. He's watched the guards to see how attentive they really are. He's examined the walls during the light of the full moon so he knows their weaknesses now that the moon is new. He's memorized the interior layout, from plans stolen by another Shadow Warrior on his own final training mission. Everything seems perfect for a quick grab of the sword, and no one would never need to know how it disappeared.

That is, until Ran discovers a locked cell, with a princess being held for sacrifice within. And Ran learns the hard way that every action - even saving a princess from an evil sorcerer - has consequences.

Jon F Merz writes this story to tell us a story only alluded to in The Undead Hoardes of Kan-Gul. While the plot is tight and the characters are just as compelling, his attention to every stealthy detail perhaps isn't the best fit for a short work. Nevertheless, 'The Sorcerer of Daigawa" is a fun ninja adventure read, available for free at the Baen website.

Highs: Ran is written as a pretty good guy who has to reconcile his conscience with his rather ruthless training, which makes him utterly charming

Lows: The pacing started out very slow for a short story, but did pick up further in

Verdict: Another solid addition to the magic and zombie filled ninja world

Further Reading: The Undead Hoardes of Kan-Gul, Under a Graveyard Sky, Boneshaker
Posted by ebooksgirl at 4:28 PM